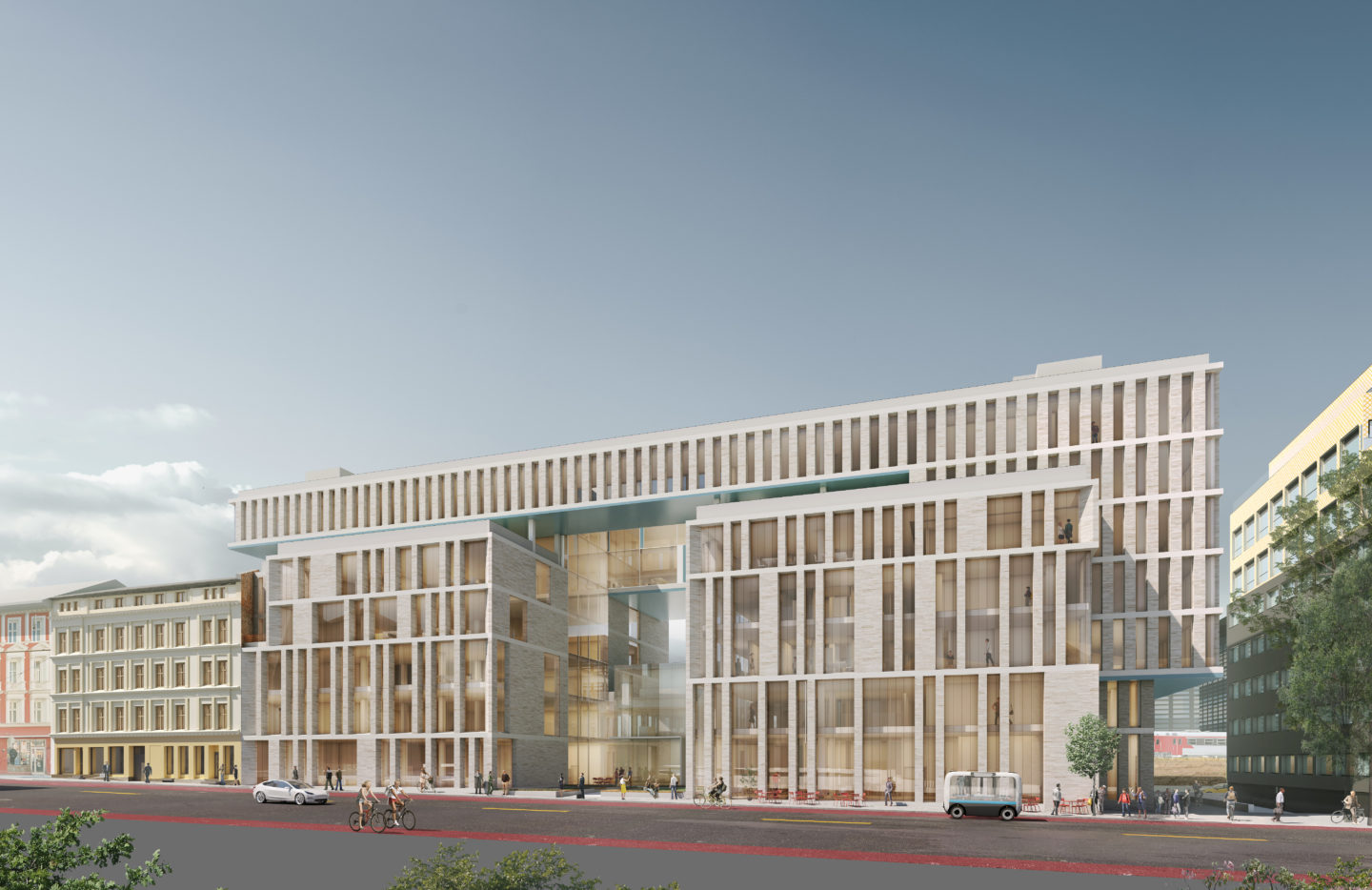 The development forms part of a procession of modern office buildings and classical apartment blocks from the late 19th Century, situated in Oslo city centre and flanked to the south by railway lines entering the central station. The design seeks to straddle this historic tapestry, contemporary in form and detailing yet reminiscent of its older neighbours in proportion and composition.

The building’s predominant façade, facing north onto Schweigaardsgate, is ordered around a vertical motif, its glazing set behind deep reveals to generate a rich play of light and shadow. Floor slabs are expressed externally, bringing a nuanced tension to the composition while further enriching the material palette.

In both plan and section, the design is ordered around a central courtyard at ground level. This courtyard serves both as an entrance space to welcome visitors, and as an intermediary to the public realm, featuring cafes, bars and shops which enliven the surrounding sidewalks and street-fronts. A sense of arrival is afforded by the glass entrance building, placed at the end of the courtyard and immediately visible and distinct at the heart of the project. 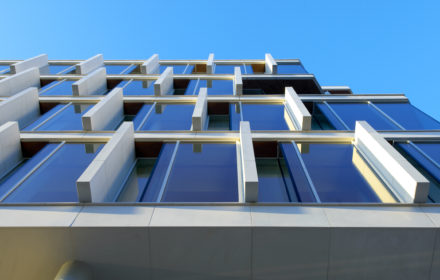 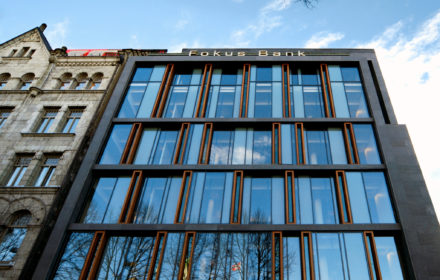 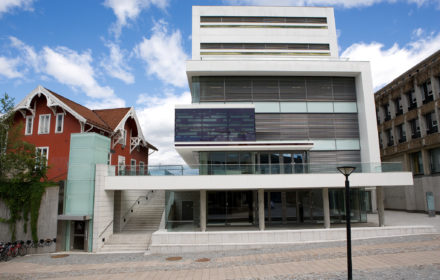