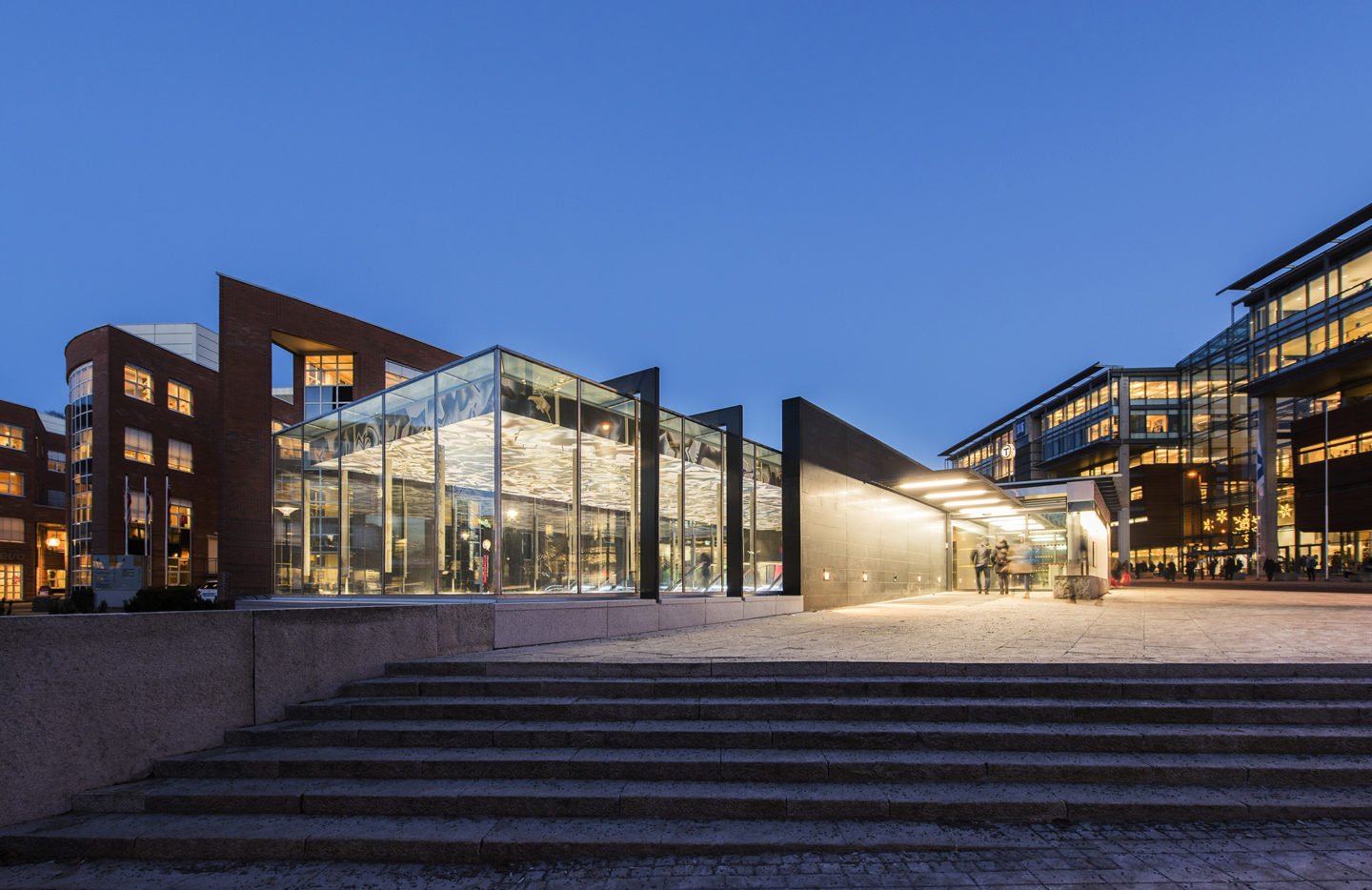 The original station at Nydalen was opened in 2003 and served as a catalyst for the expansion of the area, featuring the new management school (BI), numerous restaurants, cafes and housing. The increased demand on the station quickly surpassed its capacity, paving the way for extension and alteration at both platform and entrance levels.

The eastern entrance pavilion was modified and re-built with careful attention to the initial design concept and included integrated bicycle parking and additional escalators down to platform level. The original ‘Tunnel of light’ artwork featured by the escalators had suffered from neglect, and were re-incarnated in a new, 100m2 illuminated ceiling with artwork by Ole Jørgen Ness. This ceiling, conceived as a three-dimensional ‘raft of light’, and placed within an illuminated glass box atop the escalators, provides a dramatic sense of arrival for passengers while also establishing an iconic visual identity.

The western entrance pavilion was similarly upgraded and integrated within the Torgbygget renovation while updated safety measures were installed at platform level. Numerous logistical and practical challenges were overcome to ensure the station remained in full operation throughout construction.

The renovation was completed while the station was in full use. Take a look at the original design here. 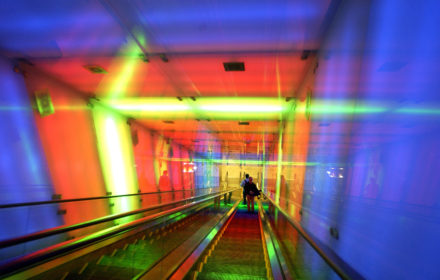 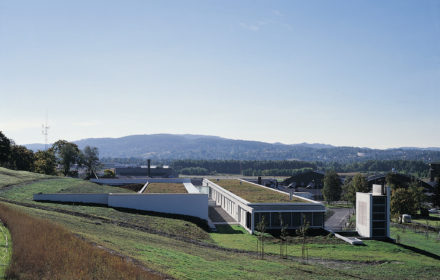