The museum is reflecting the dignity of Edvard Munch and the city, the Munch Island signals both seclusion and salvation. Crossing the bridge to the island you will face the atrium and look across the tranquil pool of water. The island resembles a single slab of rock, horizontally split in two and then ripped apart – the space between the two elements forming a landscape of plateaus, outcrops, and captivities. The slate and the wooden floors give the museum a timeless palette of materiality. Shiny white ceilings are reflecting the water deep into the building. The façade of the other shape is constructed from slate. Varying slightly in thickness, glimmer and hue, this traditional Norwegian building material is coming from all over the country, and gives the façade life, and symbolize that the whole country has contributed to the construction. 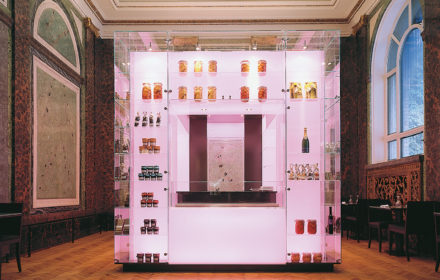 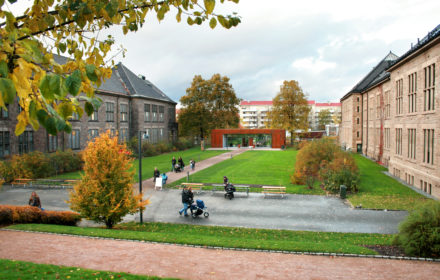